In recent times, there have been a number of glitches in Apple devices, one of which has seriously affected many users and for which Apple is facing a number of lawsuits too. On the other hand, there has been a new update in the glitch list of Apple devices. As reported by many users of the latest Apple devices, if the system date somehow changes to 1st January, 1970, the phone hangs up and refuses to turn back on. Moreover, this is an issue which will make a permanent damage on the smart phone and at present, there are no methods of recovering from this. This problem may be due to the fact that this glitch has emerged quite recently, and seriously speaking, why would anyone in their right mind change the date of their iPhone back to 1st January, 1970. Whatever may it be, if one really wants to try out and see if this actually happens in Apple devices, here is what they can do:

· First go to the settings app of the iPhone.

· In the general menu section, the “Date & Time” area needs to be opened.

· In there, one needs to set the Automatic Update of Date and Time off.

· Once this is done, the user can set the date and time of the phone according to theirwish. They simply need to scroll through the menu and reach the required date.

· Next, from the menu, the year needs to be set.

· Once done and when the date and time shows 1st January, 1970, the next step is to shut down the iPhone and reboot it again.

After finishing the process, one will not be able to start off the phone again and their device will be permanently turned off. After this, the iPhone can be put in Default Firmware Update or the DFU mode and or plug it in to iTunes to restore the device. The only problem is that, even after all this work, the phone will still remain stuck in the booting screen and one will not be able to do anything themselves. There is one thing that should be made clear to all users who are currently using old as well as new iPhone devices. This particular glitch is seen only on the iOS devices which work on a 64 bit processor, i.e., one which actually has an iOS 8 processor, or anything newer. For people who are not really aware of which are 64 bit processors, they are A9X, A9, A8X, A8 and A7, or in a layman’s point of view, any Apple smartphone above the iPhone 5s series. On the other hand, a 32 bit processor does not get affected.

The only reason for this glitch happening was stated by Reddit. The most plausible cause that can be seen is that when the date is taken back such far in to the past, the system’s internal clock reads it as less than Zero, since the manufacturing date was way after 1st January, 1970. Due to this, the internal clock gets confused and the device breaks down. 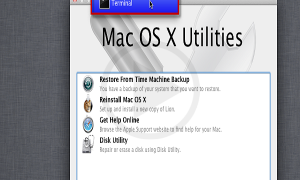 How To Avoid iPhone Error 53?
Fre LifeProof Has Been Ultimate Bodyguard For iPhone 6 & 6S
To Top